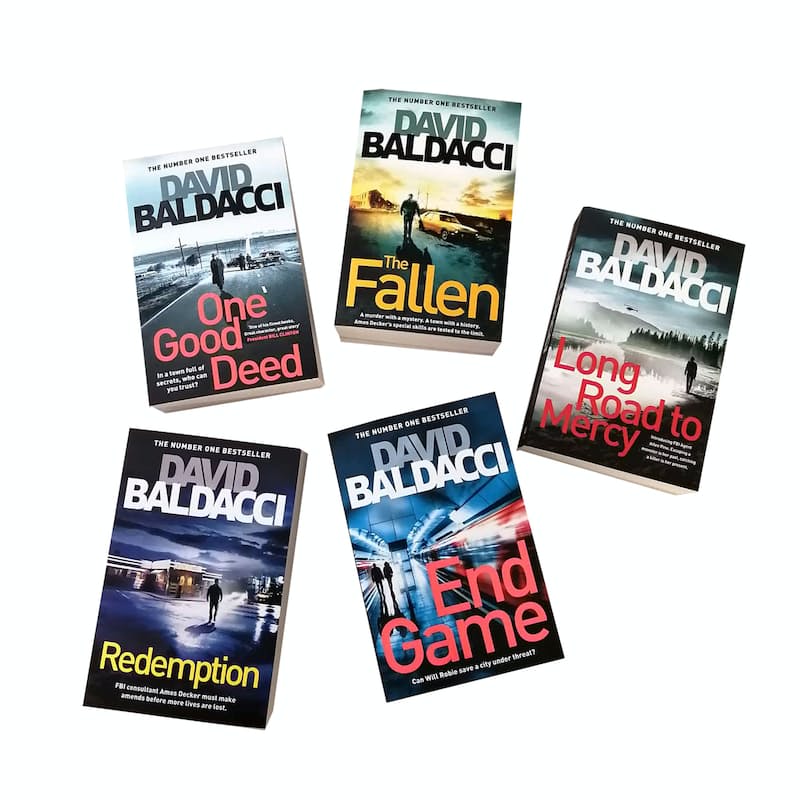 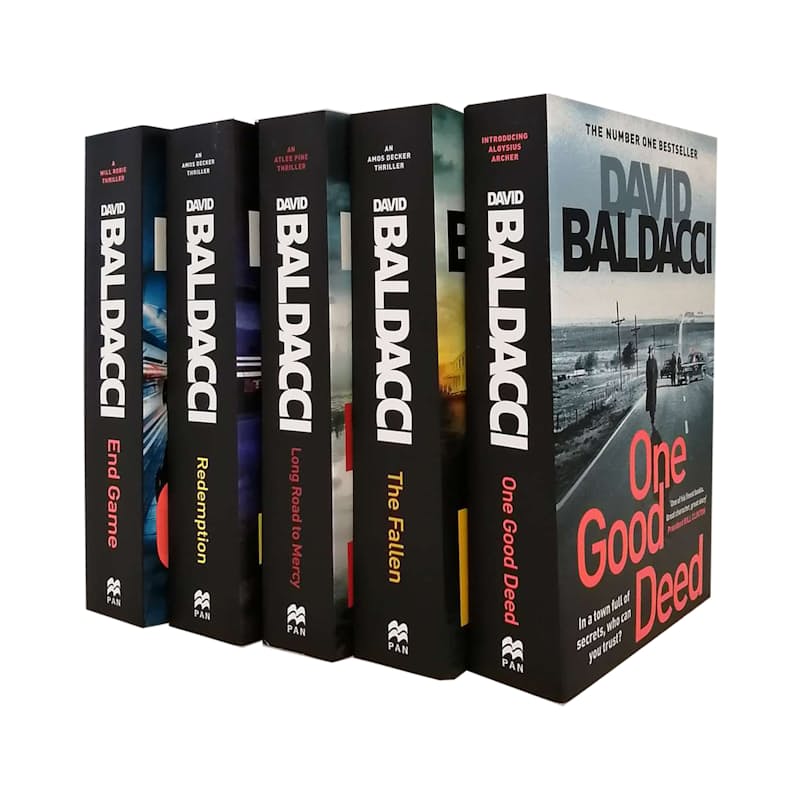 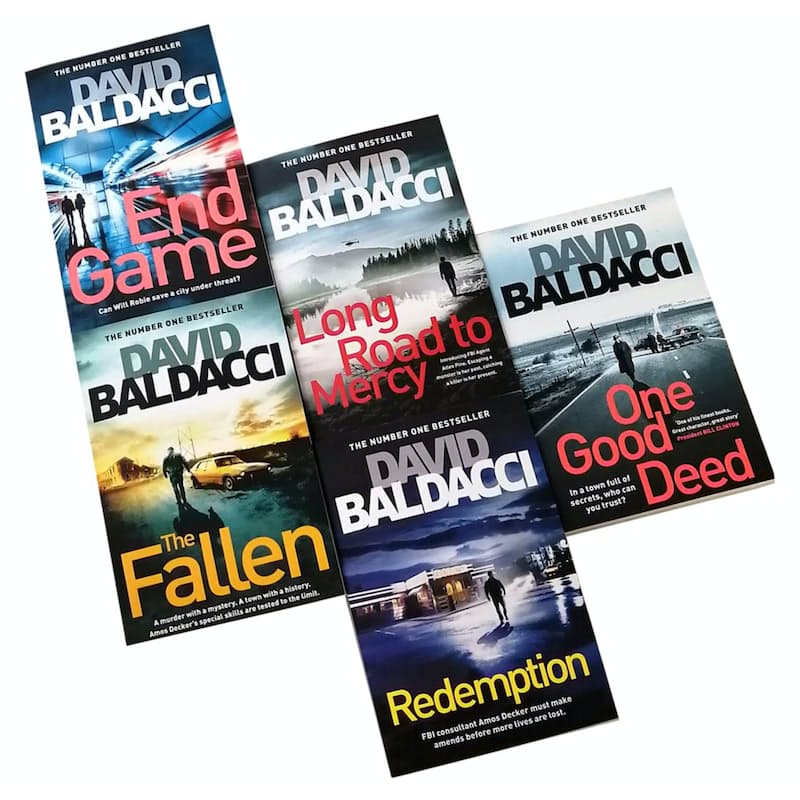 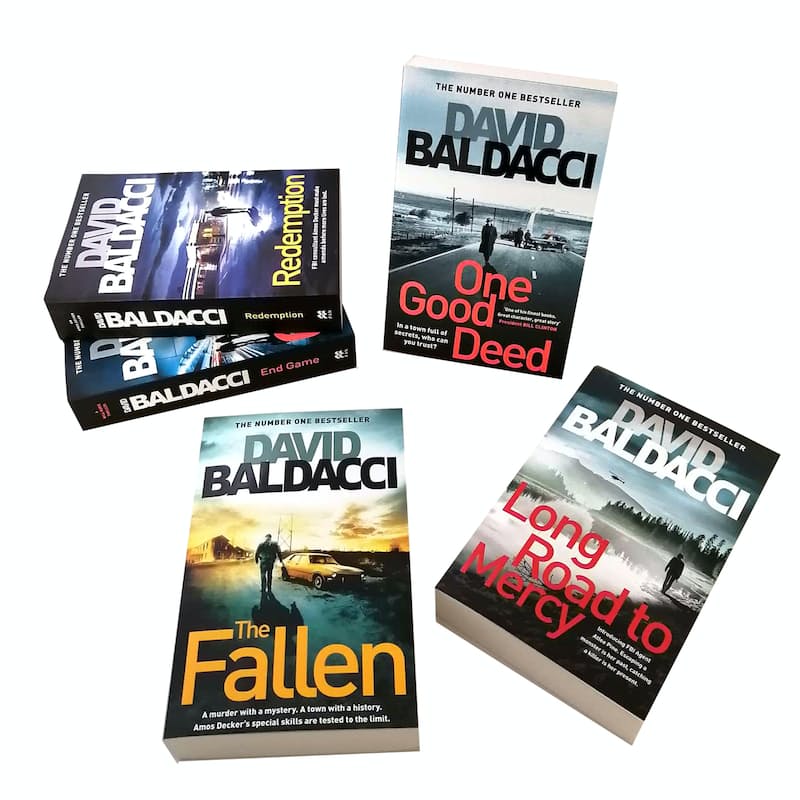 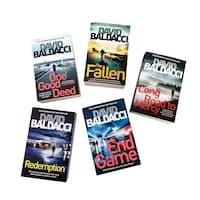 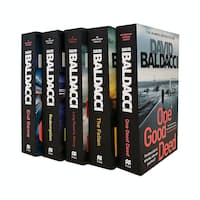 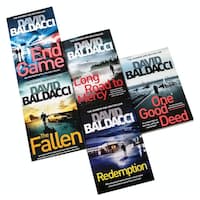 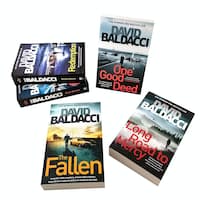 We'd bet anything that the poncho was designed by a man

And you know how we know this?

Simple: it's simple. Cut a hole in a piece of fabric and call it a day simple.

The poncho is the clothing equivalent of the Japanese flag. If we were to list step-by-step instructions on how to make one yourself, there'd be no Step Two.

If you're wondering how this ties into today's deals, it doesn't. These are just the things we think about when we're tasked with writing blurbs but we're completely out of inspiration.

David Baldacci has been writing since childhood, when his mother gave him a lined notebook in which to write down his stories. (Much later, when David thanked her for being the spark that ignited his writing career, she revealed that she’d given him the notebook to keep him quiet, “because every mom needs a break now and then.”)
David published his first novel, Absolute Power, in 1996.

The feature film adaptation followed, with Clint Eastwood as its director and star. In total, David has published 41 novels for adults; all have been national and international bestsellers, and several have been adapted for film and television. His novels are published in over 45 languages and in more than 80 countries, with 150 million copies sold worldwide. David has also published seven novels for younger readers.

In this fantastic deal we have put together 5 of Baldacci's Number 1 Bestselling novels: Long Road to Mercy, The Fallen, End Game, Redemption, and One Good Deed

The Number One Bestseller. Long Road to Mercy is the heart-pounding first novel in the FBI Special Agent Atlee Pine series by bestselling author David Baldacci. FBI Special Agent Atlee Pine has learnt three lessons in life: Some wounds never heal. Atlee's twin sister, Mercy, was abducted from their bedroom over thirty years ago, and Atlee has spent every day since wondering what happened to her. Time doesn't lessen your pain. The prime suspect, notorious serial killer Daniel James Tor, is in a high-security prison, but with no confession, Atlee continues to search for her sister, even as Tor taunts her from jail. But she can always make a difference. Wracked by survivor's guilt, Atlee joined the FBI to hunt down killers like Tor. Assigned to the remote wilds of the Western United States, she has spent years honing her skills and building her endurance, always with one eye on the ultimate goal. Now, Atlee Pine is tasked with an investigation which begins with a missing person in the Grand Canyon. And ends with a discovery much more sinister and far-reaching.

The Number One Bestseller. Amos Decker, David Baldacci's unique special agent with the gift of a remarkable memory, returns in The Fallen. Small towns which have seen better times are not unusual. But the mysterious events in Baronville, Pennsylvania, are raising the highly-tuned antennae of agent Amos Decker and his FBI partner, Alex Jamison. What was supposed to be a relaxing vacation turns into a murder investigation when two bodies are found in a nearby deserted house. With the body count rising, Decker and Jamison dig deep to uncover a sinister truth in Baronville, which could be the canary in the coalmine for the rest of the country. But even the duo’s skills and Amos Decker’s infallible memory may not be enough to save the town, or them, from becoming the next victims.

End Game is the fifth book in the thrilling Will Robie series by international number one bestselling author David Baldacci.
Will Robie, highly trained assassin and the US government’s most indispensable asset, is called to London. An imminent terrorist attack threatens the Underground and with the US next in line, Robie is the perfect choice to stop it before it begins. He knows he has one chance to succeed. One chance to save London. One chance to make it safely home to find out what has happened to fellow agent Jessica Reel following their last deadly mission together. But Robie is about to learn that even if he succeeds, the worst is yet to come. The game has started. Now only he can end it...

FBI consultant Amos Decker discovers that he may have made a fatal mistake when he was a rookie homicide detective in Redemption. Back in his home town, he's now compelled to discover the truth in the latest memory man thriller in David Baldacci's international number one bestselling series. Decker has returned to Burlington, Ohio, for a special reason. It would have been his daughter Molly's fourteenth birthday. Molly was brutally murdered four years ago in their home, along with his beloved wife, Cassie, and his brother-in-law. But then Decker is tracked down by a man he'll never forget: Meryl Hawkins, his first homicide arrest more than twelve years ago. Hawkins has been in prison serving a life sentence but was recently released due to a terminal illness. Decker now finds himself questioning what had seemed watertight evidence at the time - maybe he'd been a bit too keen to get that conviction? Could Hawkins really be innocent, as he's always claimed? If so, the killer is still out there - with a possible connection to a new crime. As the body count rises, and Decker and his former partner Mary Lancaster dig deeper, it looks as though there's a lot more to what they thought was a closed case.

Murder and family secrets, a touch of romance and deeply-felt revenge - with the twist of all twists - make up the ingredients of One Good Deed, a new standalone page-turner for all those who love mystery, crime, Raymond Chandler and Agatha Christie from one of the world's favourite thriller writers, David Baldacci. In 1949, Aloysius Archer arrives in the dusty Southern town of Poca City. He has nothing but a handful of dollars, the clothes he's wearing and an appointment with his new parole officer. After his wartime experiences in Italy and a prison sentence for a crime he didn't commit, Archer is looking for a fresh start and a peaceful life. On his first night of freedom, Archer meets local business tycoon Hank Pittleman, who promises Archer handsome compensation to work as his debt collector. Yet Archer takes on more than he bargains for, as he becomes embroiled in a long-running feud between the drought-struck town's most dangerous residents. When one of them dies, the authorities label Archer as their number one suspect. A bloody game is being played above and below the law. Everybody playing has a deeply buried secret, and Archer must uncover them all - if he's to avoid going back behind bars.

GET TO KNOW US
OUR DEALS
LET US HELP YOU
CATEGORIES
“OneDayOnly is fantastic! I've always had awesome service.” Colin, Johannesburg