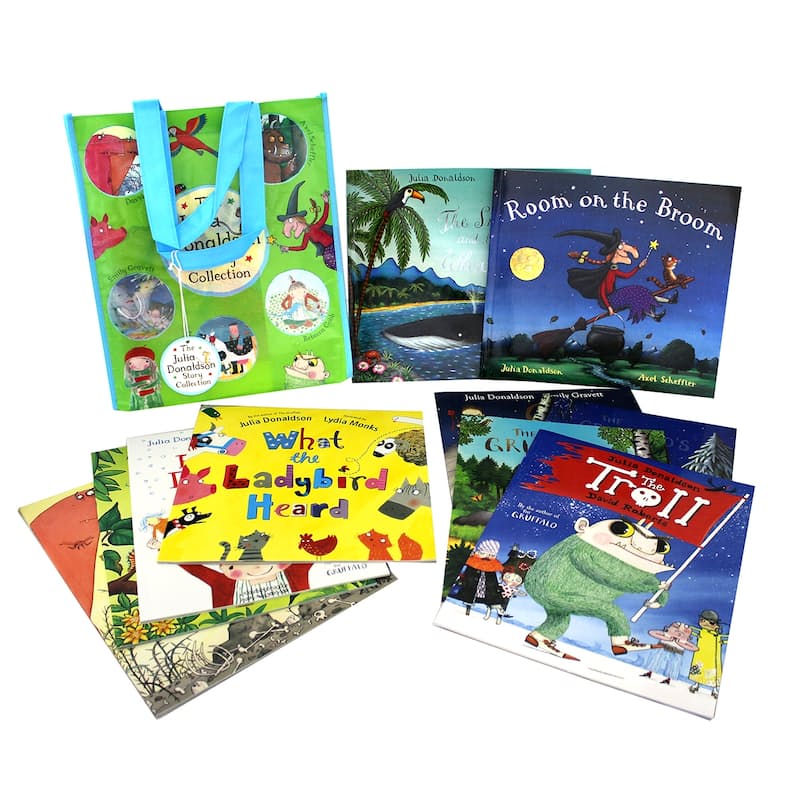 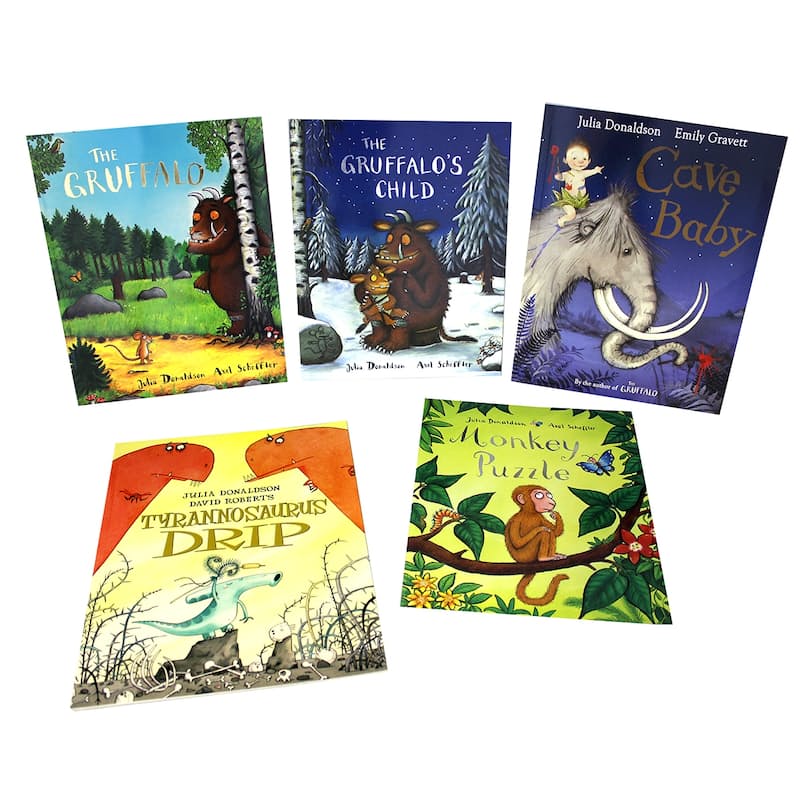 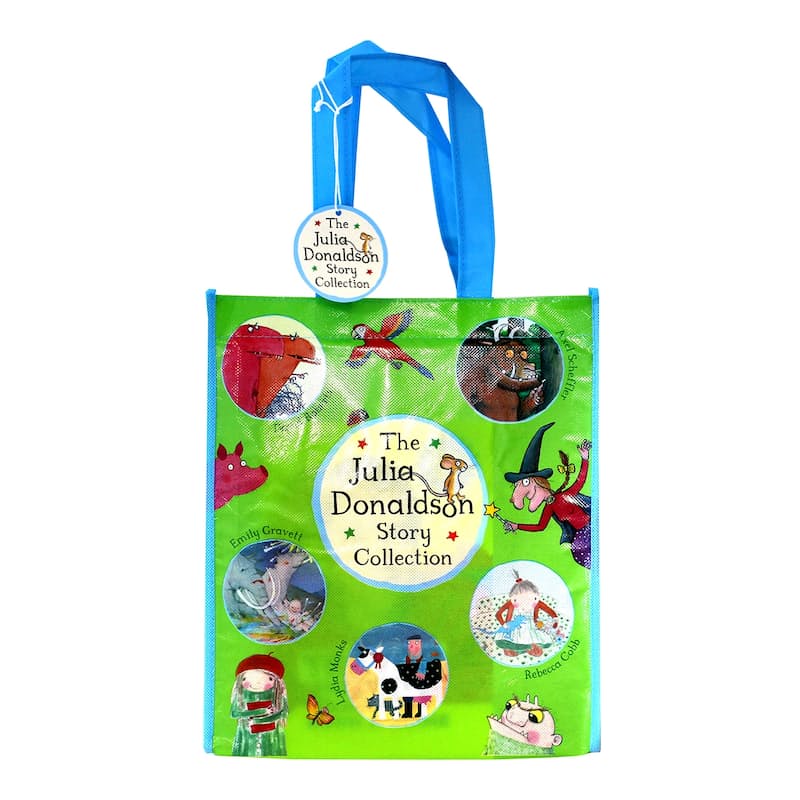 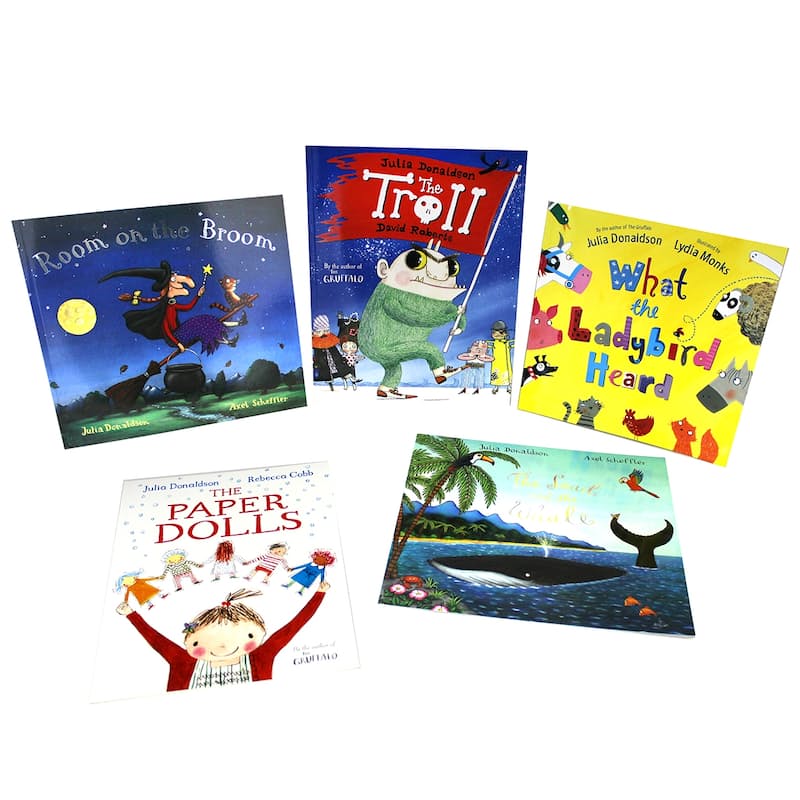 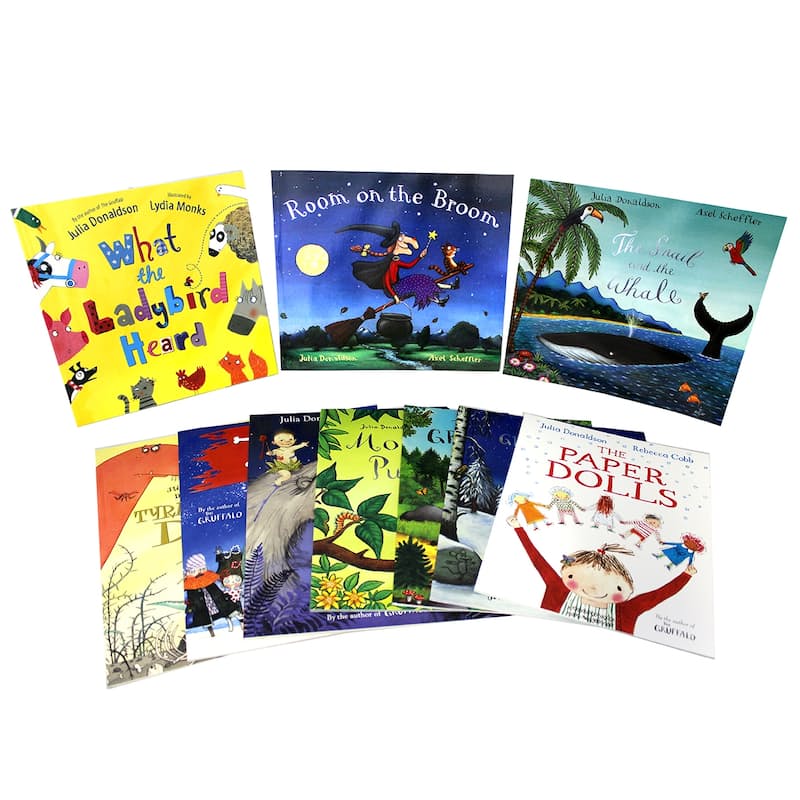 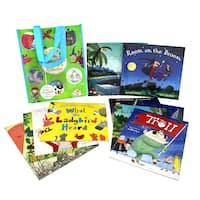 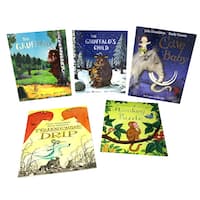 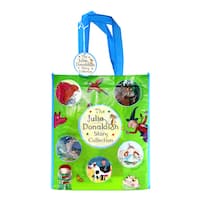 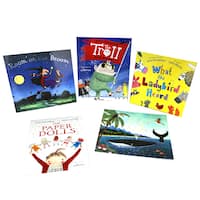 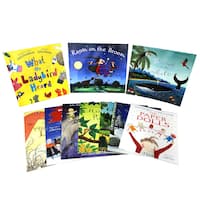 Discounts are sort of our thing

So it makes sense that we're pretty good at them. But every once in a while we like to show off a bit and crank the discount percentage allllll the way up.

Today is one of those days.

1. The Gruffalo: "A mouse took a stroll through the deep dark wood. A fox saw the mouse and the mouse looked good." But the fox is the least of the quick-witted mouse's problems. He's about to come face to face with an owl, a snake and… Oh, help! Oh no! A Gruffalo!

2. The Gruffalo's Child: "The Gruffalo said that no Gruffalo should. Ever set foot in the deep dark wood." But one wild and windy night the Gruffalo's child disobeys her father's warnings and ventures out into the snow. After all, the Big Bad Mouse doesn't really exist ... does he? The number one bestselling, much-loved sequel to The Gruffalo.

3. The Snail and the Whale: One tiny snail longs to see the world and hitches a lift on the tail of a whale. Together they go on an amazing journey, past icebergs and volcanoes, sharks and penguins, and the little snail feels so small in the vastness of the world. But when disaster strikes and the whale is beached in a bay, it's the tiny snail who saves the day.

4. Room on the Broom: How the cat purred and how the witch grinned, as they sat on their broomstick and flew through the wind. The witch and her cat fly happily over forests, rivers and mountains on their broomstick until a stormy wind blows away the witch's hat, bow and wand. Luckily, they are retrieved by a dog, a bird and a frog, who are all keen for a ride on the broom. It's a case of the more, the merrier, but the broomstick isn't used to such a heavy load and it's not long before... SNAP! It breaks in two! And with a greedy dragon looking for a snack, the witch's animal pals better think fast!

5. Monkey Puzzle: It's not too much fun being lost in the jungle, and little monkey wants his mummy. A kindly butterfly is keen to help, but they don't seem to be having much luck as the well-meaning butterfly misunderstands monkey's descriptions and leads him to all sorts of unsuitable animals! But eventually, they find... Dad! It's just as well that he knows exactly where mum is, and she's waiting with a well-deserved cuddle.

6. Cave Baby: A hairy mammoth takes a cheeky little baby on a thrilling ride through a moonlit landscape populated by a sabre-toothed tiger, a leaping hare, a laughing hyena and even, just maybe, by a big brown bear ... But where are they going? And what has it to do with the baby’s scribblings on the cave wall?

7. The Paper Dolls: A string of paper dolls go on a fantastical adventure through the house and out into the garden. They soon escape the clutches of the toy dinosaur and the snapping jaws of the oven-glove crocodile, but then a very real pair of scissors threatens... Did you know that The Paper Dolls broke a Guinness World Record? Find out more here: http://www.panmacmillan.com/paperdollsworldrecord

8. What the Ladybird Heard: The ladybird said never a word.
But the ladybird saw, and the ladybird heard ... Hefty Hugh and Lanky Len are two crafty robbers with a cunning plan to steal the farmer’s fine prize cow. But little do they know that the tiniest, quietest creature of all has overhead their plot, and she has a plan of her own...

9. The Troll: Trolls LOVE eating goats, but no goat's ever come trip-trapping over this troll's bridge, so he must make do with fish for supper instead. Meanwhile, Hank Chief and his pirate crew are digging for treasure in the wrong place. Again. Watch the fun unfold as these two worlds collide in this gloriously funny tale!

10. Tyrannosaurus Drip: Everyone knows that tyrannosauruses are big and scary, so when a placid duckbill dinosaur's egg ends up in the wrong nest, confusion is sure to ensue! When the baby dinosaur hatches out, he's so out of place that his grisly big sisters call him Tyrannosaurus Drip. Poor little Drip: all he wants is a quiet life munching on water weed...

GET TO KNOW US
OUR DEALS
LET US HELP YOU
CATEGORIES
“4.2 stars” Google reviews rating