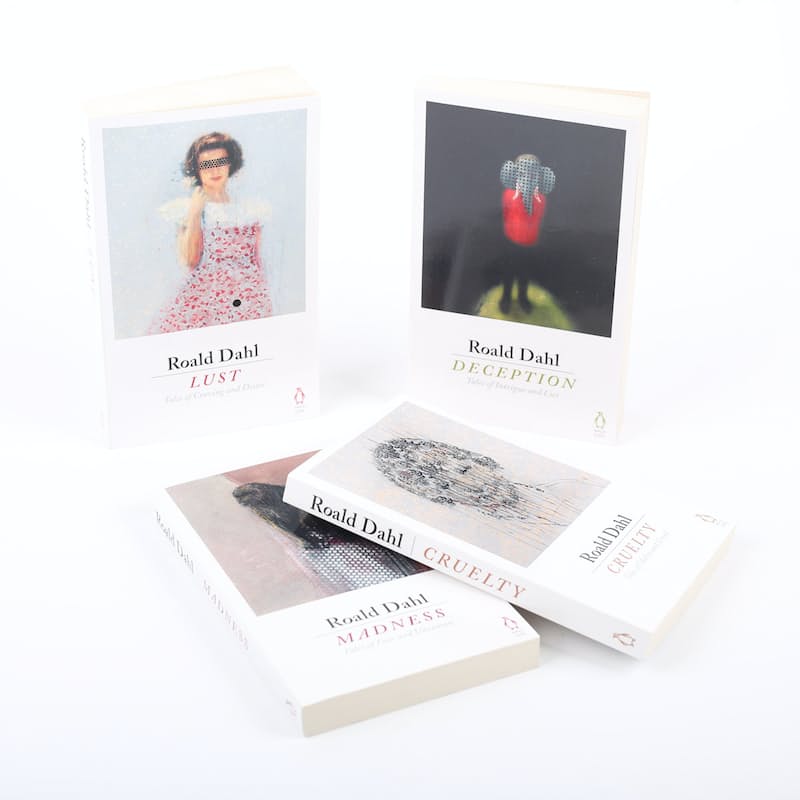 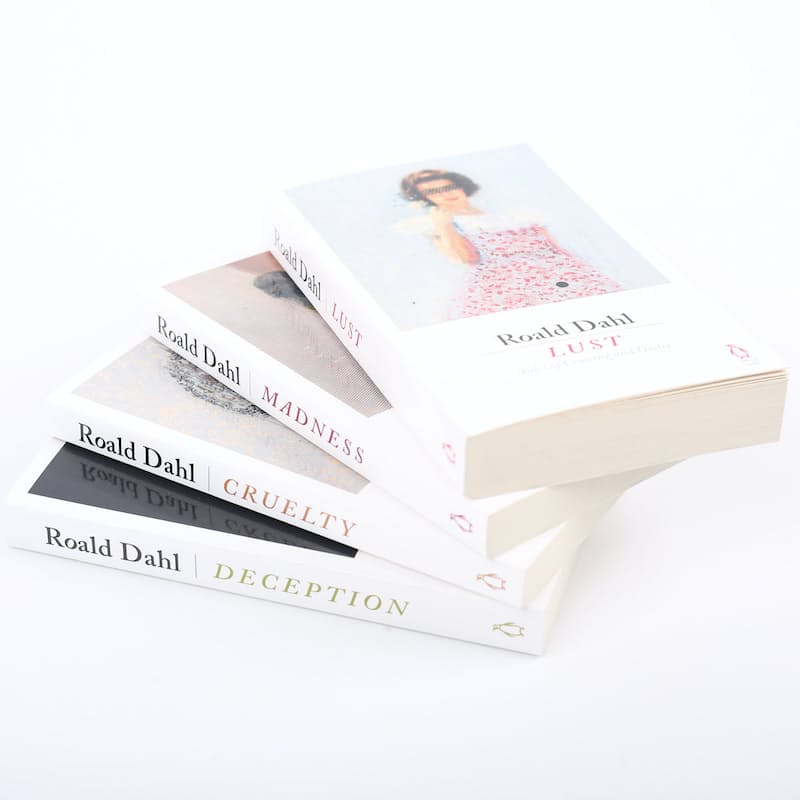 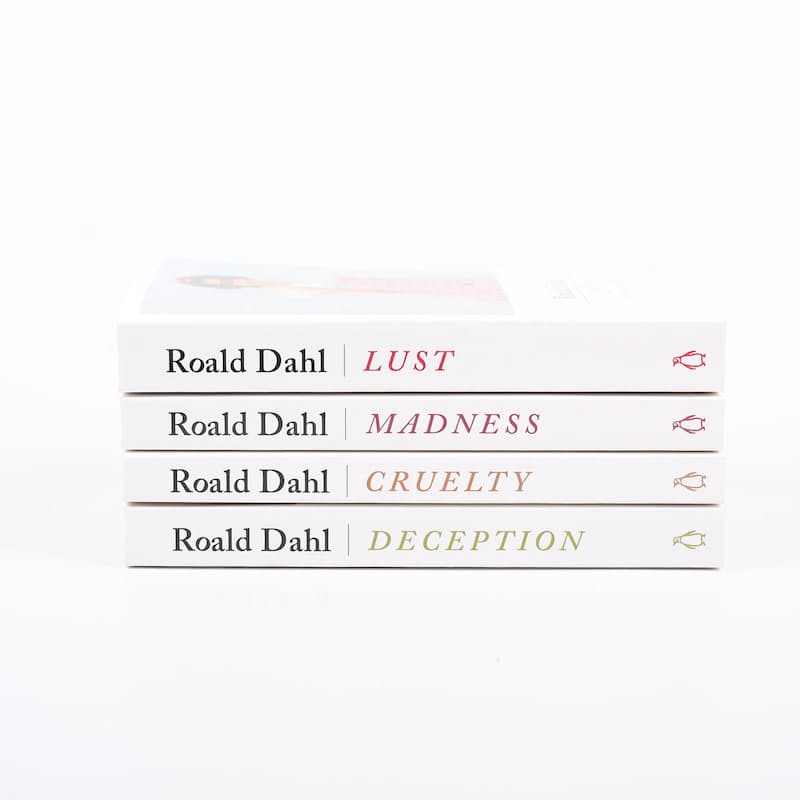 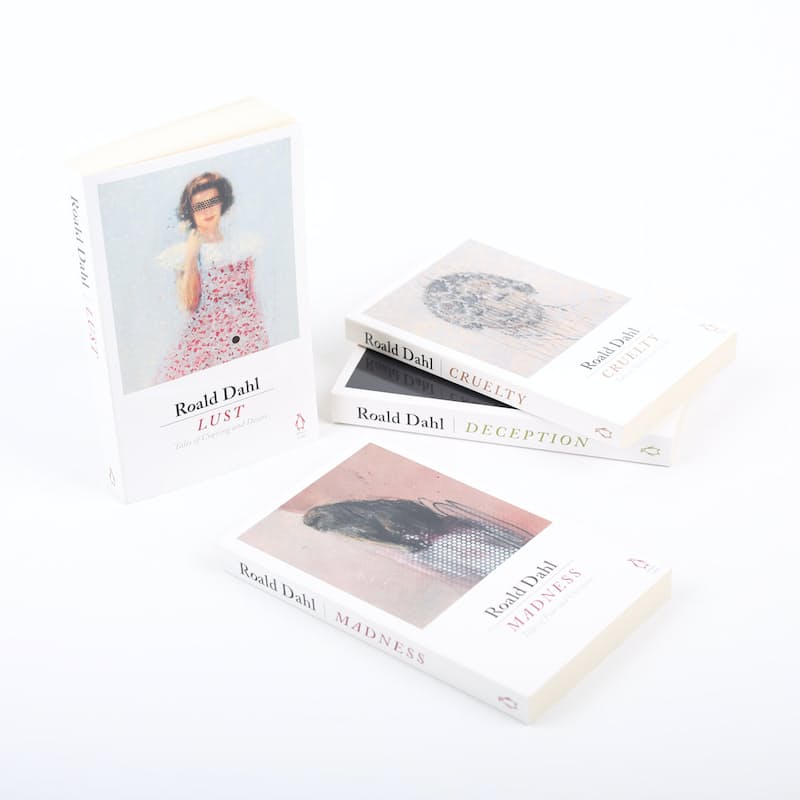 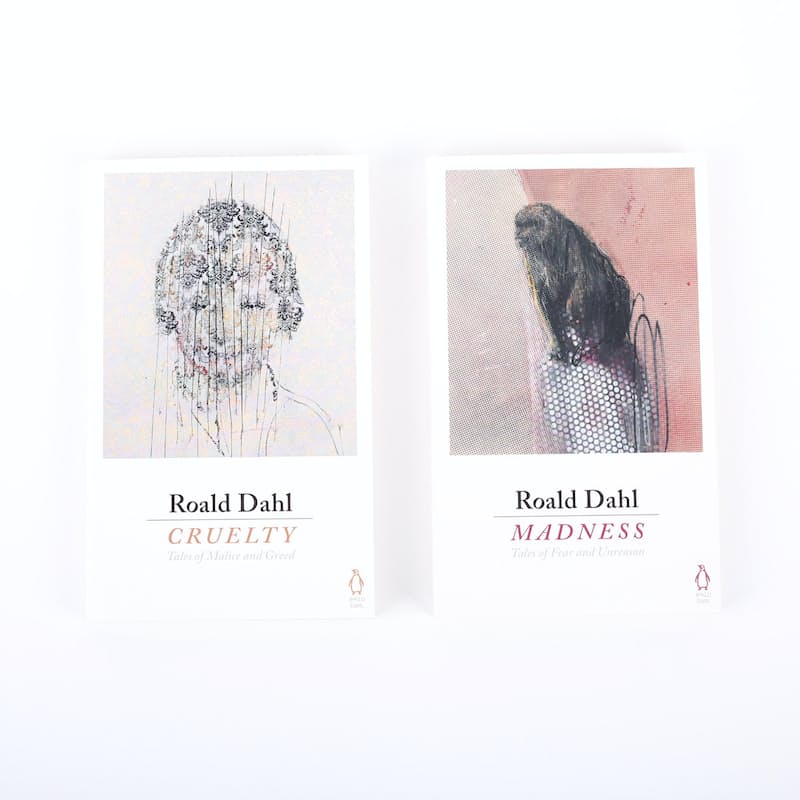 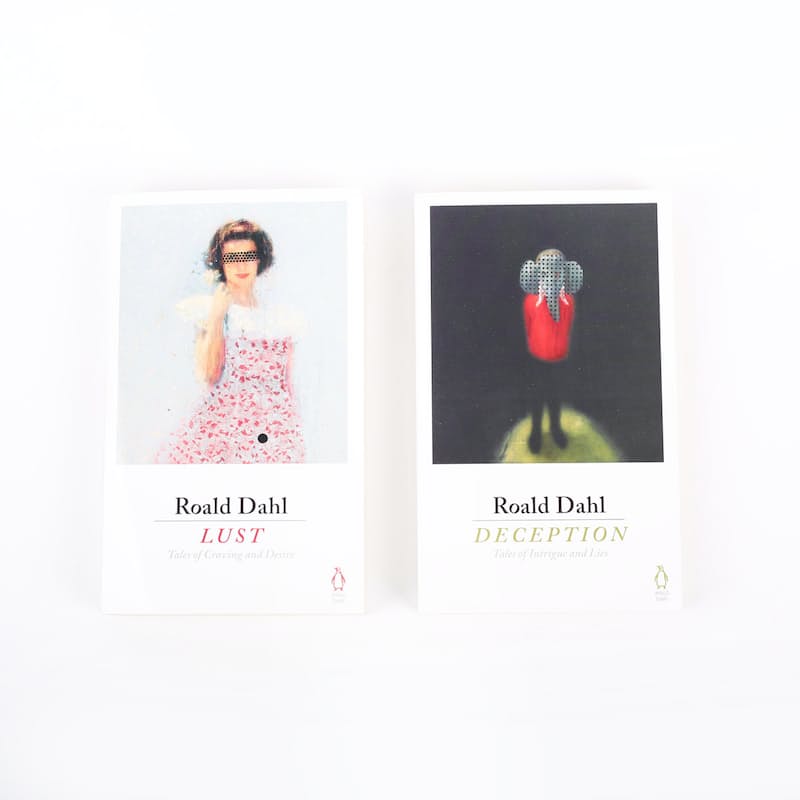 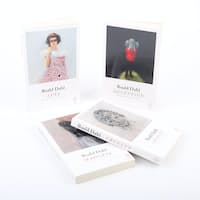 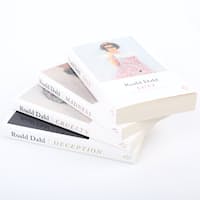 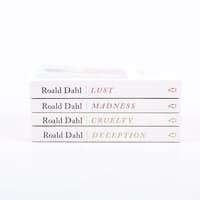 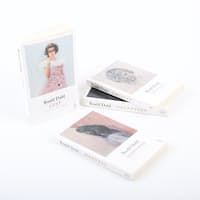 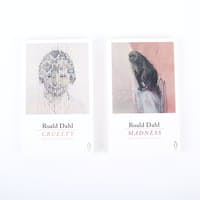 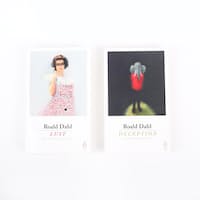 Discounts are sort of our thing

So it makes sense that we're pretty good at them. But every once in a while we like to show off a bit and crank the discount percentage allllll the way up.

Today is one of those days.

Roald Dahl was a British novelist, short story writer and screenwriter of Norwegian descent, who rose to prominence in the 1940's with works for both children and adults, and became one of the world's bestselling authors.

Dahl's first published work, inspired by a meeting with C. S. Forester, was Shot Down Over Libya. Today the story is published as A Piece of Cake. The story, about his wartime adventures, was bought by the Saturday Evening Post for $900, and propelled him into a career as a writer. Its title was inspired by a highly inaccurate and sensationalized article about the crash that blinded him, which claimed he had been shot down instead of simply having to land because of low fuel.

His first children's book was The Gremlins, about mischievous little creatures that were part of RAF folklore. The book was commissioned by Walt Disney for a film that was never made, and published in 1943. Dahl went on to create some of the best-loved children's stories of the 20th century, such as Charlie and the Chocolate Factory, Matilda and James and the Giant Peach.

From Roald Dahl, the master of the sting in the tail, a newly collected book of his darkest stories. Dahl understood our deepest secrets, desires and fears in this Contemporary Bundle Lust, Madness, Cruelty and Deception - that explore our hidden selves.

We fall not in love but in lust...

Lust, in all its myriad forms, consumes us. What won't we do to achieve our heart's desire? In these ten tales of twisted love master storyteller Roald Dahl explores how our darkest impulses reveal who we really are.

Here you'll read a story concerning wife swapping with a sting in its tail, hear of the aphrodisiac that drives men into a frenzy, discover the last act in a tale of jilted first love and discover the naked truth of art, among others.

'There is a pleasure sure in being mad, which none but madmen know'

Our greatest fear is of losing control - of our lives, but, most of all, of ourselves. In these ten unsettling tales of unexpected madness master storyteller Roald Dahl explores what happens when we let go our sanity.

Among other stories, you'll meet the husband with a jealous fixation on the family cat, the landlady who wants her guests to stay forever, the man whose taste for pork leads him astray and the wife with a pathological fear of being late.

'Cruelty has a human heart...

Even when we mean to be kind we can sometimes be cruel. We each have a streak of nastiness inside us. In these ten tales of cruelty master storyteller Roald Dahl explores how and why it is we make others suffer.

Among others, you'll read the story of two young bullies and the boy they torment, the adulterous wife who uncovers her husband's secret, the man with a painting tattooed on his back whose value he doesn't appreciate and the butler and chef who run rings around their obnoxious employer.

'The cruelest lies are often told in silence...

Why do we lie? Why do we deceive those we love most? What do we fear revealing? In these ten tales of deception master storyteller Roald Dahl explores our tireless efforts to hide the truth about ourselves.

Here, among many others, you'll read about how to get away with the perfect murder, the old man whose wagers end in a most disturbing payment, how revenge is sweeter when it is carried out by someone else and the card sharp so good at cheating he does something surprising with his life.

GET TO KNOW US
OUR DEALS
LET US HELP YOU
CATEGORIES
“4.2 stars” Google reviews rating