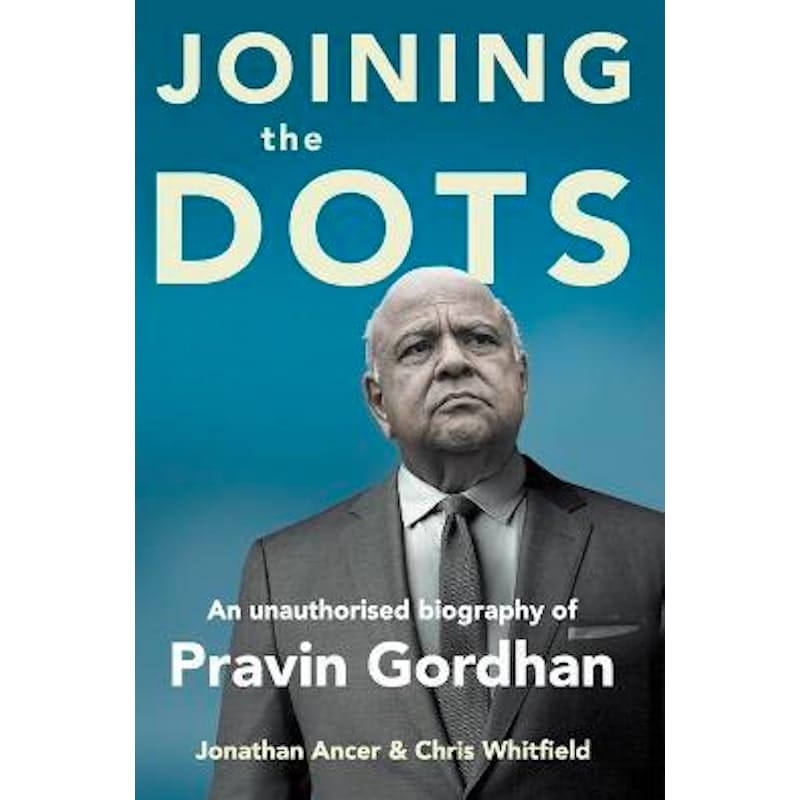 Joining The Dots: An Unofficial Biography of Pravin Gordhan

In April 2017 Pravin Gordan addressed a packed audience in St George’s Cathedral in Cape Town. It was a week after President Jacob Zuma had fired him as Finance Minister, a move that signalled South Africa had been well and truly captured. Gordhan urged the crowd not to give up hope and to ‘join the dots’ in understanding what was taking place. At this moment he became a moral authority to many, someone who could fight the corruption.

Seasoned journalists Jonathan Ancer and Chris Whitfield take a magnifying glass to someone at the centre of South Africa’s most tumultuous period and try to understand the man behind the public image. They go back to Durban in 1949 when Gordhan was born, tracing the significant events and influences that shaped his life and prompted him to become involved in politics as a pharmacy student at the University of Durban-Westville.

Ancer and Whitfield have interviewed close former activists to build a picture of his time in the underground and the role he played in the struggle including his detention and torture. It was during this time he worked closely with Zuma, the man who would, on the back of a bogus intelligence report, fire him as finance minister.

The book will examine why Gordhan has been dragged into major controversies like the rogue unit saga, the intelligence report and other smears against him. President Cyril Ramaphosa’s right-hand man has made many enemies: public protector Busisiwe Mkhwebane, Julius Malema and Ace Magashule to name a few.

Joining the Dots is an in-depth and satisfying read about a man who has been at the centre of South African public life.

Here at OneDayOnly we pride ourselves on two things:

Our remarkable ability to remember quotes from practically any movie, and our skill in catering to almost any person in South Africa.

The latter is the harder of the two, because A) we haven't met everyone in the R of SA and 2) our personal tastes can hardly be used as a benchmark for things other people may enjoy.

Still, through sheer determination and never-miss-an-episode viewings of 7de Laan, we like to think we hit the proverbial nail on the head more often than not.

And in the almost unfathomable event that we're completely wrong and nothing on our cyber-shelves appeals to you, we'd like to leave you with the following gem from Lord of the Rings:

"Use the force, Harry." - Edward Cullen.

Through the Sleepy Window