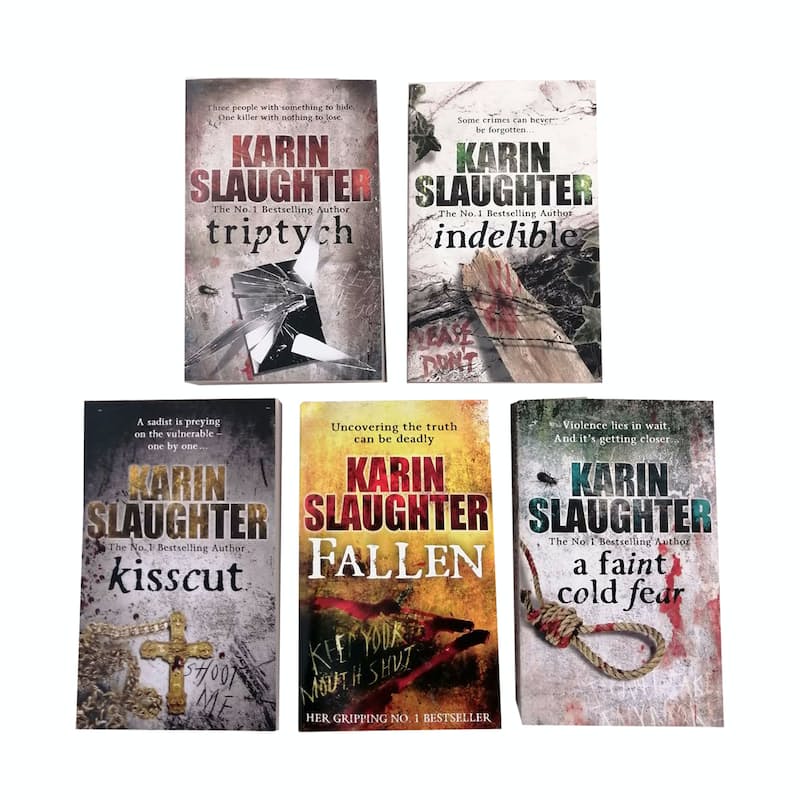 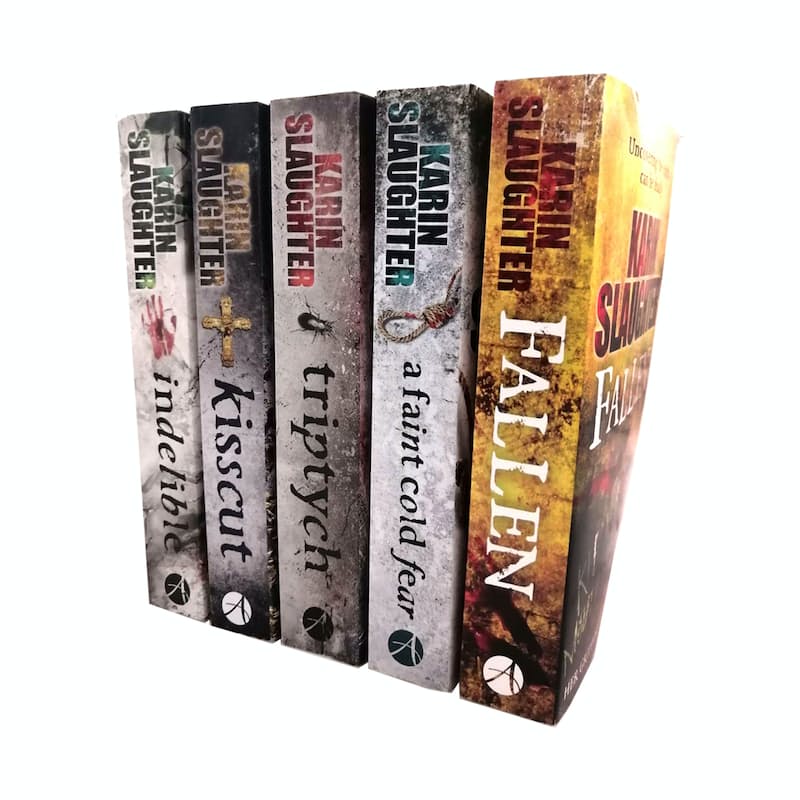 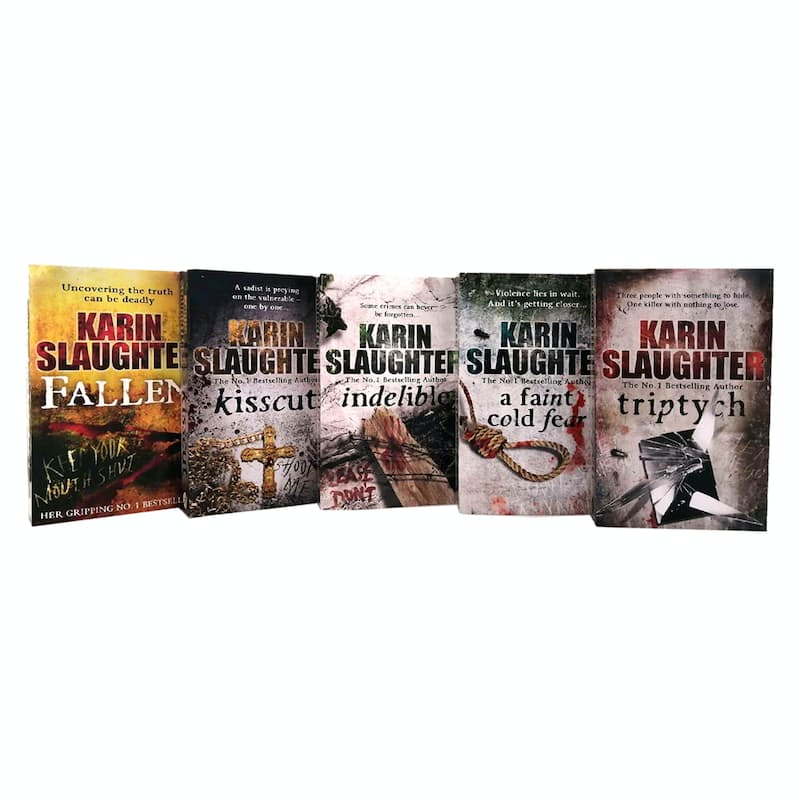 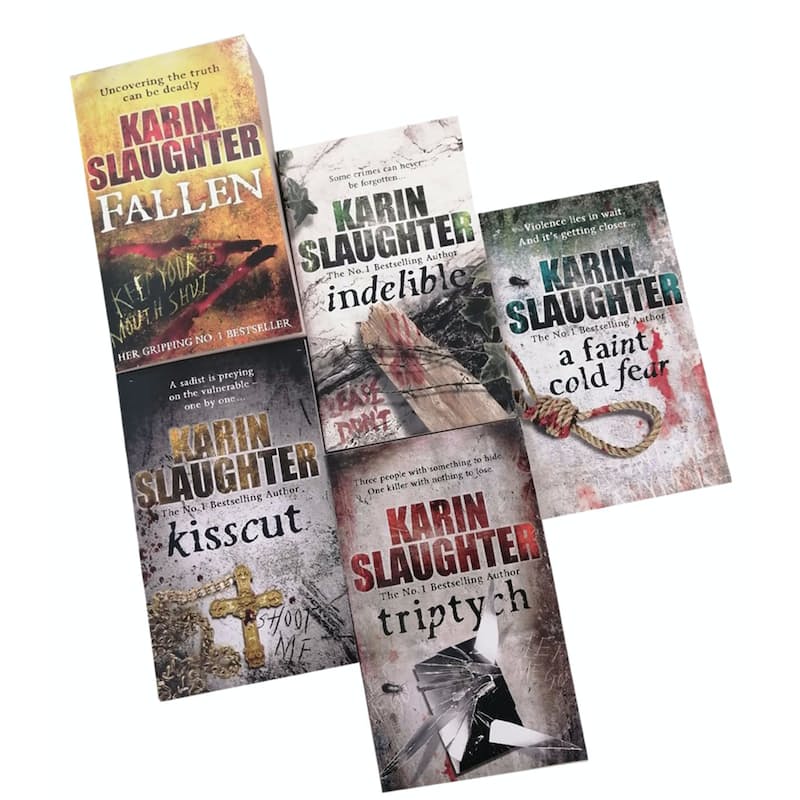 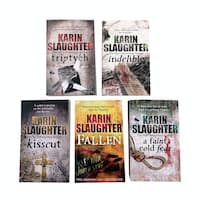 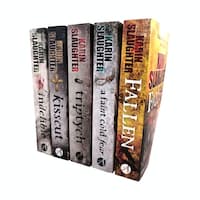 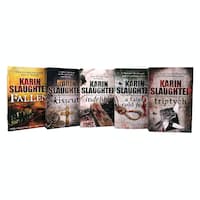 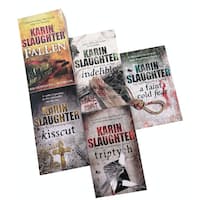 We'd bet anything that the poncho was designed by a man

And you know how we know this?

Simple: it's simple. Cut a hole in a piece of fabric and call it a day simple.

The poncho is the clothing equivalent of the Japanese flag. If we were to list step-by-step instructions on how to make one yourself, there'd be no Step Two.

If you're wondering how this ties into today's deals, it doesn't. These are just the things we think about when we're tasked with writing blurbs but we're completely out of inspiration.

Karin Slaughter is one of the world's most popular and acclaimed storytellers. Published in 37 languages, with more than 35 million copies sold across the globe, her eighteen novels include the Grant County and Will Trent books, some of which we have used to make up this fantastic deal.

"The Will Trent series takes place in Atlanta and features GBI special agent Will Trent, his partner Faith Mitchell, and Angie Polaski. The first two books in the series are Triptych and Fractured. Later, Sara Linton from The Grant County Series joins the series, and appears in Undone, Broken, Fallen, Criminal, Unseen, and The Kept Woman."

"Set in the fictional town of Heartsdale, Georgia, (in the fictional Grant County) the narrative takes place from the perspective of three main characters: Sara Linton, the town's pediatrician and part-time coroner; her ex-husband, Jeffrey Tolliver, who is chief of police; and his subordinate, Detective Lena Adams.

When Atlanta police detective Michael Ormewood is called out to a murder scene at the notorious Grady Homes, he finds himself faced with one of the most brutal killings of his career: Aleesha Monroe is found in the stairwell in a pool of her own blood, her body horribly mutilated. As a one-off killing, it's shocking, but when it becomes clear that it's just the latest in a series of similar attacks, the Georgia Bureau of Investigation are called in, and Michael is forced into working with Special Agent Will Trent of the Criminal Apprehension Team - a man he instinctively dislikes. Twenty-four hours later, the violence Michael sees around him every day explodes in his own back yard. And it seems the mystery behind Monroe's death is inextricably entangled with a past that refuses to stay buried ...

Sara Linton, the medical examiner in the small town of Heartsdale, is called out to an apparent suicide on the local college campus. The mutilated body provides little in the way of clues - and the college authorities are keen to avoid a scandal - but for Sara and police chief Jeffrey Tolliver, things don't add up. Two more suspicious suicides follow, and a young woman is brutally attacked. For Sara, the violence strikes far too close to home. And as Jeffrey pursues the sadistic killer, he discovers that ex-police detective Lena Adams, now a security guard on campus, maybe in possession of crucial information. But, bruised and angered by her expulsion from the force, Lena seems to be barely capable of protecting herself, let alone saving the next victim...

The fifth Will Trent novel, from the Number 1 Bestseller. Special Agent Faith Mitchell returns home to a nightmare. Her baby daughter Emma has been locked outside, and there's a trail of blood to the front door. Without waiting for back-up, Faith enters the house. Inside a man lies dead in a pool of blood. Most worrying of all, her mother is missing. When the Atlanta police arrive, Faith has some difficult questions to answer. But she has some desperate questions of her own. What were the killers searching for? And where is her mother? Suspended from duty, Faith turns to her work partner, Will Trent. Together he and Sara Linton must piece together the fragments of a brutal and complicated case and catch a vicious murderer with only one thing on his mind. To keep on killing until the truth is finally revealed.

When a teenage quarrel in the small town of Heartsdale explodes into a deadly shoot-out, Sara Linton - pediatrician and medical examiner - finds herself entangled in a horrific tragedy. And what seems at first to be a terrible but individual catastrophe proves to have wider implications when the autopsy reveals evidence of long-term abuse and ritualistic self-mutilation. Sara and police chief Jeffrey Tolliver start to investigate, but the children surrounding the victim close ranks. The families turn their backs. Then a young girl is abducted, and it becomes clear that the first death is linked to an even more brutal crime. And unless Sara and Jeffrey can uncover the deadly secrets the children hide, it's going to happen again...

When medical examiner Sara Linton and police chief Jeffrey Tolliver take a trip away from the small town of Heartsdale, it should be a straightforward weekend at the beach. But they decide to take a detour via Jeffrey's hometown and things go violently wrong when Jeffrey's best friend Robert shoots dead an intruder who breaks into his home. Jeffrey and Sara are first on the scene and Jeffrey's keen to clear his friend's name, but for Sara things aren't so simple. And when Jeffrey appears to change the crime scene, Sara no longer knows who to trust. Twelve years later, Sara and Jeffrey are caught up in a shockingly brutal attack that threatens to destroy both their lives. But they're not random victims. They've been targeted. And it seems the past is catching up with both of them ...

GET TO KNOW US
OUR DEALS
LET US HELP YOU
CATEGORIES
“OneDayOnly is the absolutely most outrageously amazing place. It's like candy land!” Alon, Johannesburg